Stage on the Green
Orcas Island’s Stage on the Green was the product of a yearlong collaboration between local architects, artists and craftspeople to design and build a public performance stage located on the village green. Our grassroots design was proposed as a locally produced alternative to a pre-fab shelter initially proposed by the County. Within a year, construction began with grant funding and participation from several non-profits, and labor and materials largely donated by the community. Cedar columns, adzed cedar siding, local granite boulders, custom concrete with cast fossilized wave patterns and seeded with oyster shell, custom ironwork reminiscent of bull kelp, PV solar cells, and a greenroof all distinguish the design. Stoltz Kau Architects has been proud to donate design energy towards this community collaboration. 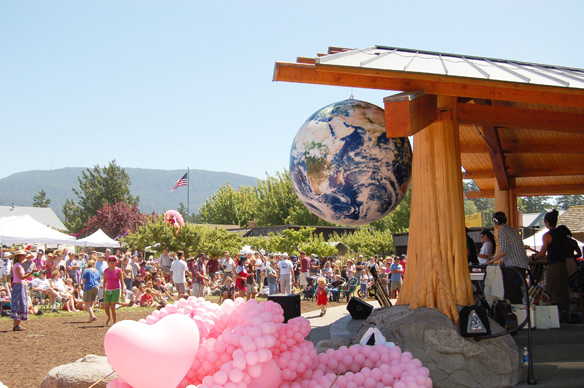 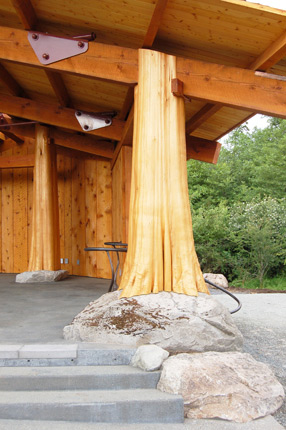 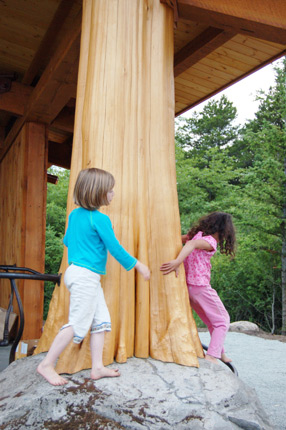 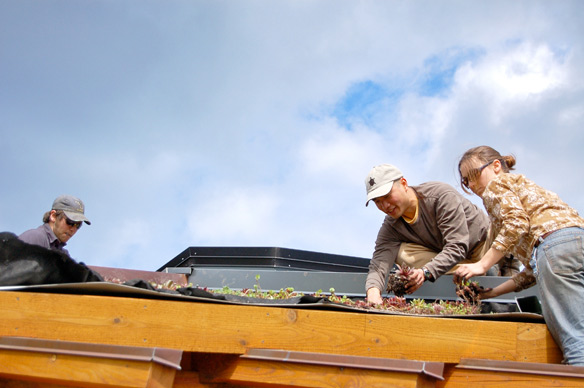 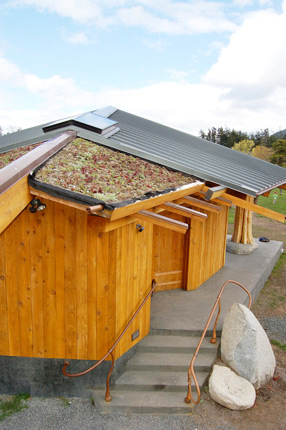 Orcas Off-Leash Area Shelter
“The Dogpark” on Orcas quickly became a lively social center when it opened its gate in 2008. As part of an all volunteer effort, we had a lot of fun designing this shelter to make the park more comfortable for dogs and owners alike. Due to uncertainty about the long-term viability of the park’s location, the entire structure is designed be movable, using a diamond pin type foundation. 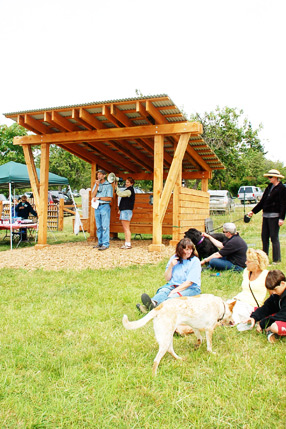 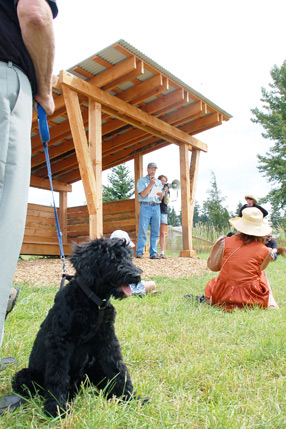 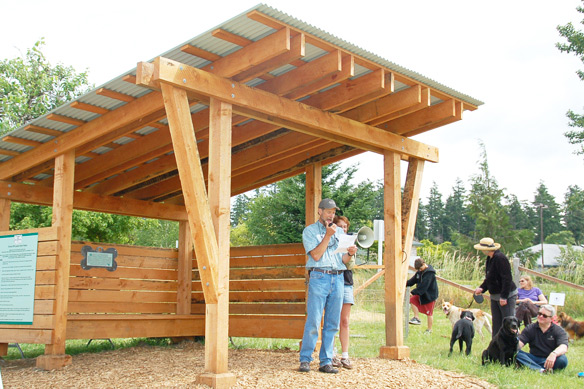 The Exchange
In February 2013, the beloved re-use branch of Orcas’ solid waste facility was lost to fire. David Kau is one of a group of volunteers working on bringing the Exchange back to life. The collaborative effort is ongoing. 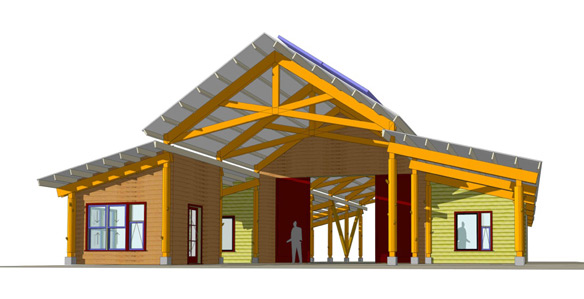